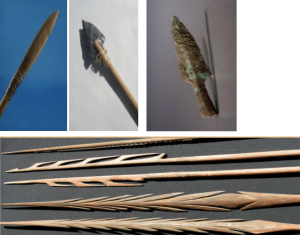 How Indigenous People got around: 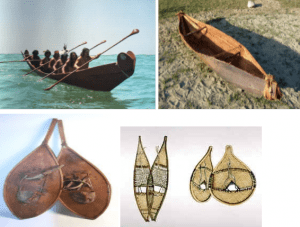 What Indigenous People lived in:

The indigenous people lived in teepees. A teepee is the kind of tent that they had in those days. The cheapest were made out of deerskin or other animal skins.  Another name for it is leather. They would use a tall log as a support post Rolled the leather up.

Inside the teepee there are all of the things that you would have in a normal house.

Incept for that they use torches because there weren’t light bulbs invented in those days. Like any normal house it would have a bed but the bed would not be anything like ours their beds are made of logs and They don’t have mattresses so They sleep bison or wrong or any other animal with long hair they hunt them and use their skin as a mattress and a blanket.

They have a kitchen like a normal house. Their ovens are made of stone just like their tools because they don’t have any metal. What they do is they get wood or logs and put it in the oven and they crush rocks together Makes little Sparks of fire that light the wood on fire. now they put the food in the oven to cook. their kitchen tables are very similar to ours except theirs are made from logs and their chairs are also. Their cushions are made out of bison skins or wolf skins. For decorations, they use reindeer or moose antlers. 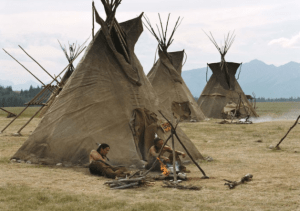 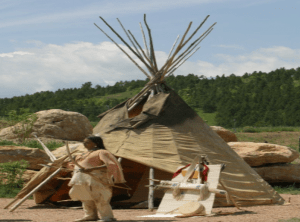 An indigenous party is called a pow-wow. 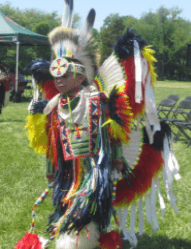 A collaboration by Laser and Fenway

I am trying to persuade Doctor Mitzmacher to let me and my class be the Principal for a week.

Doc will know what it is like to be an OJCS student. It would let Doc have more time to relax and spend time with his family. It would give me and my class much more education than normal school.

Doc can know what it is like to be an OJCS student. He would be able to know how all the students feel when they are in their classrooms. Doc can learn some of the things that he may have forgotten over the years and he would learn lots more Science, Hebrew and French. Doc would be able to see if the desks are strong enough or the chairs are comfortable or the carpet is soft enough and if their smart boards work.    Doc would be able to make OJCS the best school ever.

When we are the principals for a week Mrs. Bennett will be helping us with understanding confusing emails or words that we don’t know yet. When we are the principles it will allow Doc to spend time with his family and treasured people because doc  Does not have to stay up late and work because he is a student. When we are the principles we will be able to prepare for when we are adults and get our jobs and it will just be us and no teacher. While we are doing all of The hard paperwork and stuff doc will be able to relax and for Doc  it would be like a week off. It would also help doc focus on his work when he gets back because doc would not be so  busy and so stressed Because he has taken a week off of hard work.I hope that doc might contemplate letting us be the principals for a week or even just a day or two.

How To build a parade float

Problem: Can I build a parade float that will hold 100g and travel 50 cm?

Hypothesis: My goal for this project is I wanted to make a float  that  was big strong, fast, and wouldn’t fall apart when I tipped it over .I wanted my parade float to go at least 50 centimetres or more .

6.and don’t forget the wheels

2.Next you do a sketch of your idea.

4 The materials that you would normally need our

Results: I Achieved all my goals.

How I got it

My  duodah Got a laser tag game for me, my brother, and my sister and my Mom and dad.

I got it as a Hanukkah gift but since she only came over for a day and we won’t be able to see her any other time she brought it with her as an early Hanukkah gift.

When we first saw it only one of the lasers had batteries in it and it had a little hole in the package inside of a plastic cover that you can see what the lasers Can do. but we didn’t know that only one had batteries. So only when we went over to see each box Closer  Up and we opened it and noticed that the other ones weren’t turning on. Then we looked at the instructions and it turns out that they need you to put in a battery pack that comes with batteries for the laser tag game.

The laser tag game has special guns that shoot a light or an electric shock onto a Target that is on each person’s chest.

If you get hit by one of the lasers on the chest you either have to wait one minute of not being able to shoot anyone and no one being able to shoot you so basically being out or you can restart your laser gun. If other people who have the same type of awesome laser tag game from the same Shaw are able to use their ears and play too but if they aren’t the same type it wouldn’t work to shoot. They wouldn’t be able to play.

How to get on different teams

You can be on Any team. red team blue team Orange team yellow team and every other colour in the rainbow including different shades of the colours. So that is how you get to your different teams.

The pack comes with four guns and you can change the colours on the   electric Target that is on your chest. How do you do it? Is by flicking a switch that can turn it off on to the red team, the Blue Team and then the last riddle. That shows you what colours they are is half of red and half of blue which means that if you put it there you have all the other colours that you can get . There is a little switch that turns around when you go on to the half red half blue do tSo you can change the colour to any colour in the rainbow .

What happens if you get hit

And whoever Is still in the game is officially the winner of that  round. but if you get hit you can also tell everyone else that is playing that you need to restart the game but that’s only if you and someone else gets hit and there’s only one or two people still in and will restart the game .

How to shoot and not get shot

As long as you are 9 metres away from the other players you can still Laser them if you are farther away you can’t Laser them. This game can be played outside with obstacles or in a special room with walls.

When you’re in the middle of a game after one minute of being on one of the teams you can’t switch teams so that you can’t get hit by that person because the Target on your chest Sinx into that team until you restart your target.

Welcome to your brand new blog at Edublogs!

To get started, simply visit your blog’s dashboard, edit or delete this post and check out all the other options available to you.

We can walk you through step-by-step in our guide to getting started with your blog.